You can spend years living in an area, and pass by interesting historical sites, and not even know it.  This post will cover the Casillas de Peones Camineros (Road Workers’ House) in Almuñécar, but you can find them all over Spain.  It’s easy to overlook not only the building, but the role it played in keeping Almuñécar connected to the rest of Spain.

What Is It Called?

The Road Workers’ House, or Casillas de Peones Camineros is a small building that once housed the workers responsible for building and maintaining a length of road in the area.  The length of this road was typically one league, or 3.45 miles (approximately 5.6 kilometers).  By today’s standards, that doesn’t seem all that long, so why such a short distance?  I’ll get to that in a bit. Whose Idea Was It To Create Such A Job?

The role of the peones camineros (walking laborers) was created in…wait for it… 1759, by King Ferdinand VI.  So imagine the tools and materials used.  Obviously no machines were around, so the closest thing to a modern road roller was some horses or oxen,  possibly towing a round log.  There was also no asphalt or pavement, so the workers used whatever materials they had handy, like rocks and dirt from nearby.  The hand tools they used must have also been very primitive.  Basic picks and wooden hoes/shovels (and their hands) were probably all they had as they couldn’t make a run to Home Depot.

The workers did all this maintenance all year long.  In the sweltering heat, cold, and even rain, those roads had to be kept in usable condition.

By the 19th century, during the reign of Isabel II, a lot of roads had deteriorated, and by official mandate, the casillas were created.  Most used the same design, so when you notice one, you’ll recognize more as you travel throughout Spain.  These houses were designed not only for living, but also working as well.  Black and white signs indicating distances to the next town were common. Workers were allowed to live in the houses with their wives and children.  I imagine this was allowed to help keep workers from quitting such a difficult job.  Remember, they had to care for almost 3.5 miles of road.  That’s a job that never stops!

What Were The Required Qualifications?

In the late 1860s, the number of Peones Camineros were greatly increased.  Recruitment was a priority, and an official set of requirements were made.  These requirements included:

What Were Their Duties?

Obviously, maintenance of the road was the priority.  The entire length of the road needed to be checked at least every two days, so that must have been monotonous.  The workers were also responsible for being vigilant for criminals.  They were provided with weapons, and told to advise the nearest town mayor or Civil Guard if a criminal (delincuente) passed through the area.

In the early 1900s, there were additional work requirements added, such as the ability to perform basic arithmetic and a height requirement was added.  Applicants had to be a minimum of 5’4” (1.62 meters). 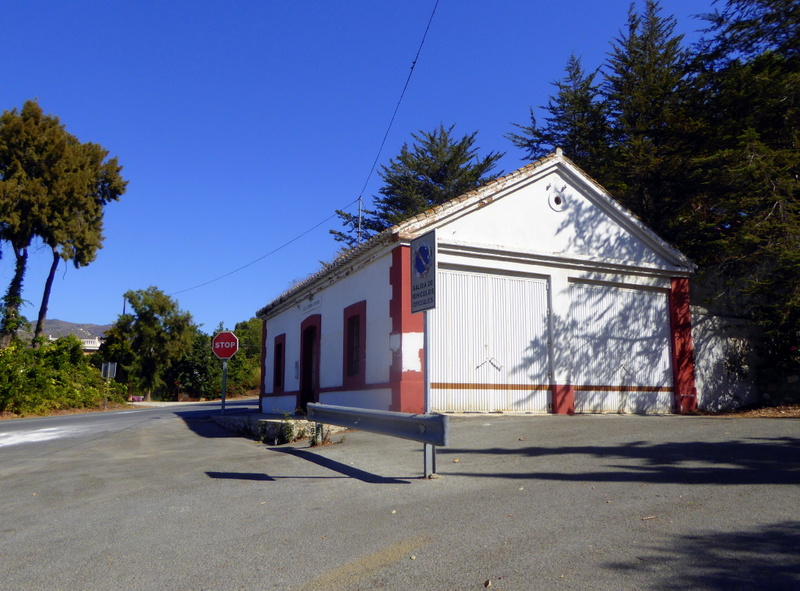 Where Do I Find Such A House?

Given its size, Andalucía had the most Casillas.  They’re are probably less than 100 houses that have not been ruined.  Luckily, there’s one as you head east on the N-340 leaving Almuñécar.  On the right, before you hit the big roundabout that heads up the hill.  On the right side of the road you’ll see the building.  The map below shows all of the Casillas de Peones Camineros in Spain, you can zoom to the area you would like to view.

Not all of them are in great condition, but it is fun to spot them as you drive in Spain.  Here is a link to one in Cerro Gordo National Park.  There’s also supposed to be one in Villanueva de la Concepción in Málaga.  It’s on the A-7075 near kilometer marker 30 on the way to El Torcal.  It is now a roadside café!

What other little gems are hidden in the area?

More resources for you to review:

N340 the longest road in Spain

If you are looking for historical sights in Almunecar Spain, these should get you started.  There is no shortage of culture and history in the 5th oldest town in Spain! From exploring the mountains to the sea, you will make lasting memories.  It’s likely you will have some amazing photos to walk away with as well.